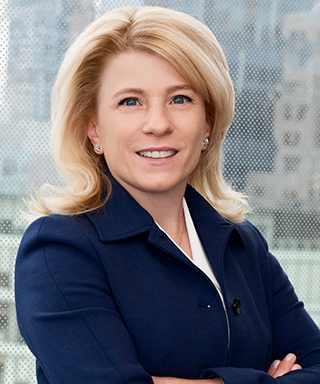 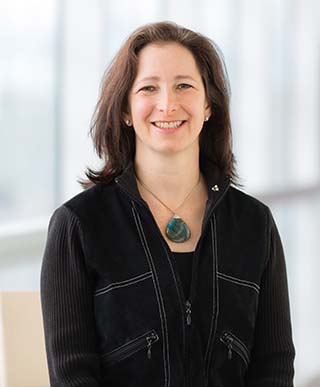 University of Toronto (U of T) professors Shana Kelley, Leslie Dan Faculty of Pharmacy, and Molly Shoichet, Institute of Biomedical Engineering, will be supported by Medicine by Design’s Pivotal Experiment Fund to spin-off aspects of their research into an early-stage product concept or venture.

Sharing a total of $500,000, Kelley’s project will focus on a platform for drug discovery for autoimmune disease and Shoichet’s on a treatment for vision degeneration.

“The Pivotal Experiment Fund helps further advance our investigators’ research, setting it on a path to be translated to benefit patients and society,” says Michael Sefton, who is the executive director of Medicine by Design and a University Professor at the Institute of Biomedical Engineering and the Department of Chemical Engineering & Applied Chemistry, University of Toronto (U of T). “This funding is important because it addresses a gap in the research funding landscape.”

In Canada, governments provide most research funding. But potential angel or venture capital investors or industry partners often require in-depth, pivotal data, which is outside the scope of the government funding, before making the decision to invest.

“Researchers find that they have a viable discovery but not the ‘go/no go’ data investors want before they invest, and they don’t have funding to get that data,” says Sefton. “The idea often dies before it can make a difference for patients in the clinic. This is the “valley of death” for scientific innovation.”

The Pivotal Experiment Fund funding decisions are shaped by an investment review committee of leaders largely from the venture finance sphere.

“These new venture leaders have perspectives and expertise that is so valuable to researchers who have the goal of commercializing an aspect of their research,” says Sefton, whose U of T lab is located at the Donnelly Centre for Cellular and Biomolecular Research.

A platform for drug development for graft rejection and autoimmune disease

Cell therapies that transplant healthy cells to replace ones that are damaged or destroyed by disease have the potential to benefit many patients.

“A major problem for these types of transplants is graft rejection, which is caused by the recipient’s immune system seeing the transplant as a threat and attacking it,” says Kelley, who maintains a lab at the Leslie Dan Faculty of Pharmacy, despite a recent move to Northwestern University. “It’s a common complication. For some cell treatments, in can occur in as many as 30 to 50 percent of patients.”

The rejection happens because the transplanted cells produce proteins including interferon, which signals nearby cells to heighten immune defense, which prompts immune cells to destroy the transplant.

Kelley is working with co-investigators Stephane Angers, director of the Donnelly Centre for Cellular and Biomolecular Research and a professor of biochemistry at U of T, and Jason Moffat, a professor at the Department of Molecular Genetics, U of T. Together, they are developing a technology that can automate the discovery of drugs that can inhibit interferon.

Outside of graft rejection, Kelley says that elevated production of interferon is a factor in several autoimmune diseases like lupus and rheumatoid arthritis, as well as intestinal diseases like celiac disease and inflammatory bowel disease. Any interferon-inhibiting therapy that is developed as a result of this technology could eventually lead to a treatment for these diseases.

Support from the Pivotal Experiment Fund will help the team generate the data sets that will be convincing for future partners and investors.

“We are excited to take the progress we’ve made so far towards the clinic,” says Kelley. “The Pivotal Experiment Fund is a unique funding mechanism that will enable exactly what needs to be done to maximize the potential for translation and commercialization of the basic science done to date.”

“Our Medicine by Design project has produced several powerful platforms for functional genomics and antibody screening. All of these efforts have taken us in new directions that we likely would not have pursued without Medicine by Design.”

Age-related macular degeneration (AMD) is one of the most common eye diseases to affect adults over 60. Almost 2 million Canadians, according to the Canadian Ophthalmological Society, live with AMD.

This Pivotal Experiment Fund project, led by Shoichet, who is a University Professor & Michael E Charles Professor in Chemical Engineering, aims to save the photoreceptor cells from dying in retinitis pigmentosa and a type of AMD called dry-AMD. She will work with co-investigators Valerie Wallace, a senior scientist at the Krembil Research Institute, University Health Network (UHN), and Dr. Rob Devenyi, a vitreoretinal surgeon at UHN and a professor of ophthalmology and vision sciences at U of T.

“These devastating degenerative diseases of the eye currently have limited, if any, treatments. Our strategy is to inject the eye with a hydrogel that will contain a therapeutic that has shown great promise as a protective agent. We’ll aim to rescue the photoreceptors cells before they die.”

Shoichet adds, “We have shown in our previous work that the hydrogel is safe, and we will use a time-release strategy to reduce the number of injections needed.”

The Pivotal Experiment Fund, Shoichet says, gives the team the chance to develop their product concept.

“We’re excited to have a chance to further de-risk and define our technology through Medicine by Design’s Pivotal Experiment Fund,” says Shoichet, whose lab is located at the Donnelly Centre for Cellular and Biomolecular Research. “We have an expert team of scientists and advisors in surgery, neuroscience, biomedical engineering and business innovation. Support from the Pivotal Experiment Fund will provide crucial early-stage investment to accelerate this treatment towards the clinic.”

This work is spun-off from the Medicine by Design project Shoichet leads, which is focused on restoring vision.

“Medicine by Design is funding a new way of thinking about cell therapy by supporting our work. It’s exciting to do these studies and think about moving from animal models to one day restoring vision in humans.”