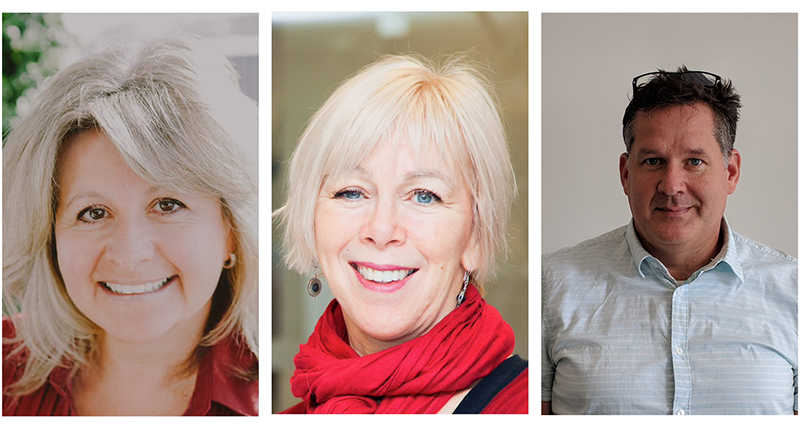 Through a cross-species study of metformin, a common drug used to treat Type 2 diabetes, a team of researchers and clinicians from University of Toronto (U of T) and The Hospital for Sick Children (SickKids) has shown that it could one day be possible to repair brain injury using resident cells in the brain.

“No one’s actually shown before that you can take a drug where there’s a known mechanism on endogenous stem cells and demonstrate that it’s even possible to induce brain growth and positive recovery,” says Donald Mabbott, Program Head and Senior Scientist in the Neurosciences & Mental Health program at SickKids, and co-author of a study published in Nature Medicine on July 27.

Mabbott says metformin is a potential game-changer in terms of how childhood brain injury is treated.

“We’re really moving from a model that says ‘let’s help children manage and compensate for their injury,’ to ‘let’s actually treat the injury itself in an active way by harnessing the brain’s own capacity for repair,’” says Mabbott, who is also a professor of psychology at U of T.

The published research showed that metformin has positive sex-dependent effects on neurogenesis, which is the process of growing neurons in the brain, and cognition in animals, while also demonstrating that it is safe to continue into a Phase III clinical trial on humans. The human participants in this study were paediatric brain tumour survivors who had received cranial radiation.

“This study is so novel compared to most studies because it looked at both animal models and human participants. And we found these really consistent and interesting effects in terms of memory and brain recovery,” says Medicine by Design-funded researcher and study co-author Cindi Morshead, a professor at the Donnelly Centre for Cellular and Biomolecular Research (Donnelley Centre) and chair of the Division of Anatomy in the Department of Surgery at U of T. “This pre-clinical work in animal models will inform the design of the new study, currently in place, to help the brain recover from injury.”

Morshead says that she is excited by not only the promising results of the study, but also the way its novel design encouraged clinical translation.

“There’s a lot of history of pre-clinical models not working – drug therapies that go to the clinic and then don’t make it to the next phase. That can be devastating, for a lot of reasons. But I think, in us combining human and animal work, it really promoted the translation of this work into human testing,” Morshead says.

Medicine by Design funding was instrumental to enabling this study. In a past multi-disciplinary project led by Gary Bader, a professor at the Donnelly Centre and the Department of Molecular Genetics, U of T – and also involving Freda Miller, Senior Scientist, Neurosciences & Mental Health program, SickKids, and Morshead, both co-authors on the Nature Medicine publication – the team mapped brain development over time using single cell genomics. Insights into the circuits that control brain tissue growth led to the identification of compounds that can stimulate resident stem cells to promote brain tissue repair, including metformin.

“I am so excited by this paper since it describes a potential endogenous stem cell-based therapy for brain disorders that are currently untreatable,” says Miller. “And, just as importantly, the metformin story provides a classic example of why we need to support basic research, and why working in collaborative teams is essential. The original finding that metformin recruits endogenous brain stem cells came from fundamental studies on how stem cells build the brain developmentally, and then it was moved forward to animal models and humans by highly interdisciplinary scientists and clinicians like Dr. Morshead and Dr. Mabbott.”

Miller is continuing her work to develop endogenous repair strategies for both brain and muscle in another Medicine by Design-funded team project.

At the core of Medicine by Design’s team projects is convergence — bringing together experts from a range of disciplines including stem cell biology, computational science, biomedical engineering and clinical medicine. The Nature Medicine study exemplifies the translational impact that a multi-disciplinary team-based approach can have, particularly when pre-clinical and clinical studies are run in parallel.

This study presents important evidence that stimulating resident stem cells is a feasible approach for tissue repair in settings where regeneration does not readily occur. And, since metformin is an approved drug, the time line for further clinical testing and regulatory approval could be accelerated.

The results from both the rodent and human trials have informed a Phase III clinical trial on paediatric brain tumour survivors treated with cranial radiation currently starting at 14 hospitals in Canada and Australia.

In the lab, investigators found that metformin enhanced the recovery of endogenous neural precursor cells (NPCs) in the dentate gyrus (DG), a part of the brain that plays a critical role in learning and memory. But the results were sex-dependent: Metformin was sufficient to rescue neurogenesis and behaviour in females, but not males.

In addition to the results to the lab study, a concurrent study with 24 children found that metformin is safe to use, with no significant adverse events reported, and is well tolerated by this population.

Both Mabbott and Morshead say their work is motivated not just by the novel science of activating cells that are already resident in the brain to repair injury, but also by their desire to offer hope to a vulnerable population.

“Working as a clinical psychologist with families for 20 years, it was really the families that motivated me – in fact, they challenged me,” says Mabbott. “My job was to tell parents that while their child was successfully treated for brain cancer there was a cost – as their child will have learning problems, cognitive disabilities, and some will never live independently. It was a parent who said to me, ‘That’s not good enough, you have to figure out a way to help our kids recover better.’ That’s what motivated me to start to look at how to harness brain plasticity for repair.”

“Until recently, our after-care programs were offering very little to children suffering the consequences of radiation treatment to their brain,” says Eric Bouffet, an investigator on the study and Director of the Brain Tumour program, Haematology/Oncology, and Senior Associate Scientist, SickKids. “This study suggests that we can repair some of the damage associated with radiation to the brain, and children with brain tumours worldwide may potentially benefit from this discovery.” Dr. Bouffet is also a professor of paediatrics at U of T.

For Medicine by Design, accelerating the translation of new regenerative medicine therapies into patient impact is a strategic priority. And the implications of this work go beyond childhood brain tumour survivors, says Morshead. Toronto researchers are also looking at metformin and cerebral palsy, and metformin as a preventative treatment for cranial radiation.

Funded by a $114-million grant from the Canada First Research Excellence Fund, Medicine by Design brings together more than 130 principal investigators at the University of Toronto and its affiliated hospitals to work at the convergence of engineering, medicine and science. It builds on decades of made-in-Canada excellence in regenerative medicine dating back to the discovery of stem cells in the early 1960s by Toronto researchers Drs. James Till and Ernest McCulloch.