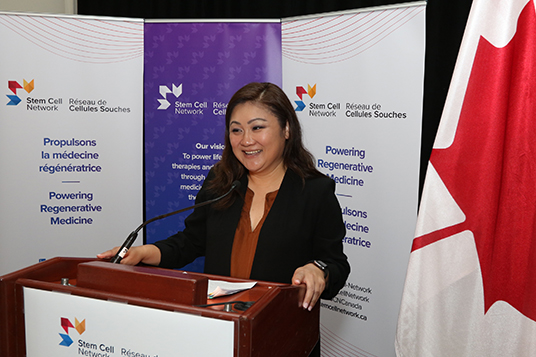 Amy Wong, scientist at The Hospital for Sick Children, is one of the recipients of funding from the Stem Cell Network. Wong also received a Medicine by Design New Ideas Award in 2020.

Medicine by Design-funded researchers in a wide range of disciplines across the University of Toronto (U of T) and its affiliated hospitals have been awarded funding by the Stem Cell Network (SCN) for stem cell and regenerative medicine research projects and clinical trials.

“We’re thrilled that many of the world-class researchers and projects that Medicine by Design has invested in deeply over the past several years will find further support for their research through SCN’s awards,” says Michael Sefton, who is the executive director of Medicine by Design and a University Professor at the Institute of Biomedical Engineering and the Department of Chemical Engineering & Applied Chemistry, U of T. “We congratulate SCN on making its single largest ever funding injection into the sector.” 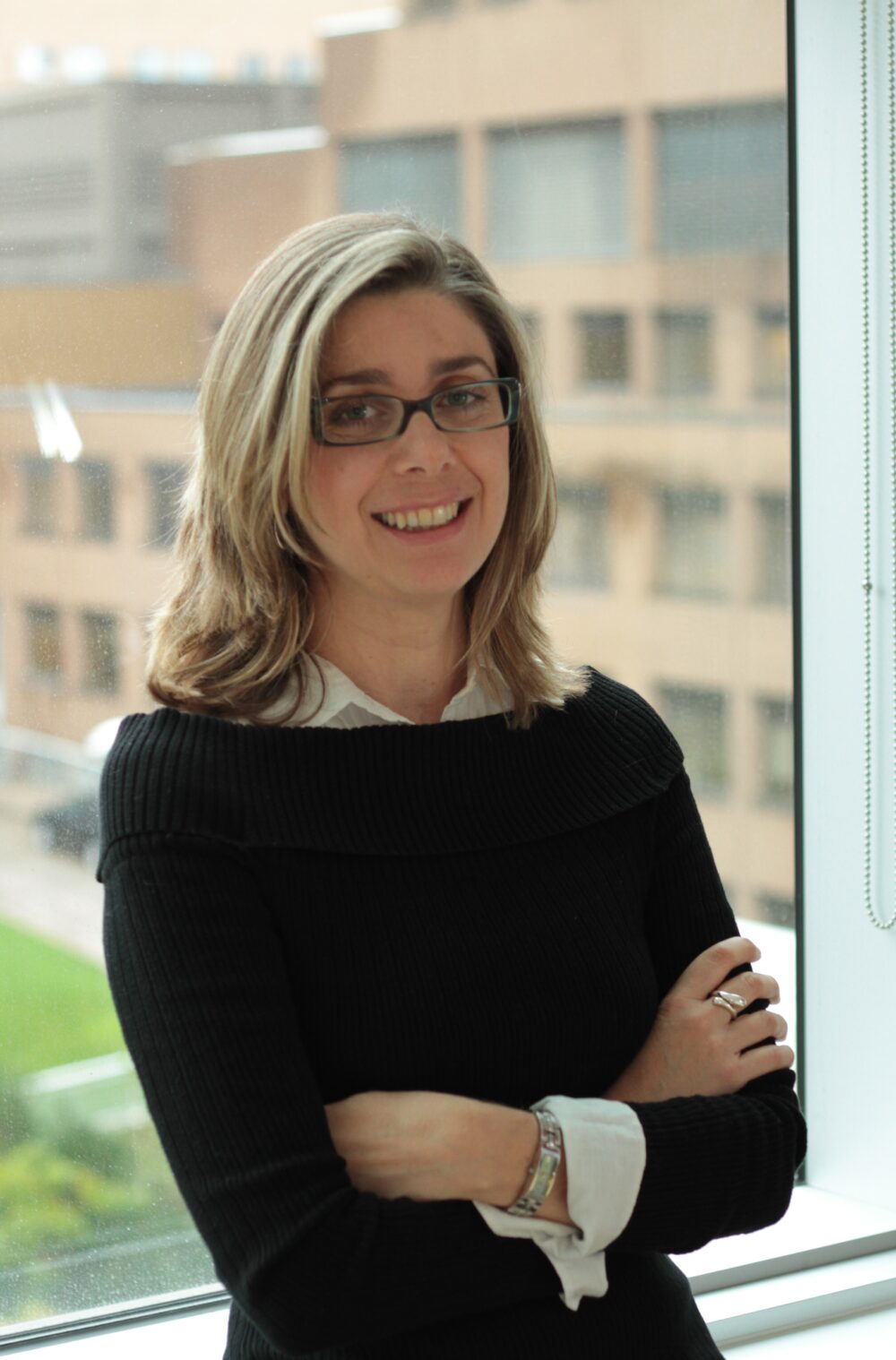 Sara Vasconcelos, scientist at the University Health Network, is part of a large Medicine by Design team project, and is receiving a $3 million Horizon award from Stem Cell Network.

Vasconcelos leads one of three projects that have been awarded SCN’s largest award, the Horizon award, valued at $3 million. Horizon award projects focus on conducting innovative research and developing transformative technology solutions for tackling regenerative medicine challenges that will result in both health and economic benefits in the coming decade. The rest of the projects will receive between $250,000 and $1 million.

Sefton adds that Medicine by Design and SCN are strong partners with a shared common goal of advancing Canada’s global leadership in regenerative medicine.

“Synergistic investments like the ones made by Medicine by Design and the Stem Cell Network are crucial for moving the transformative work these researchers are doing in the lab into a clinical reality that will benefit patients.”

Regenerative medicine uses stem cells to replace diseased tissues and organs, creating therapies in which cells are the biological product. It can also mean triggering stem cells that are already present in the human body to repair damaged tissues or to modulate immune responses. Increasingly, regenerative medicine researchers are using a stem cell lens to identify critical interactions or defects that prepare the ground for disease, paving the way for new approaches to preventing disease before it starts.

SCN’s investment, a total of $42 million for research activities and clinical trials over the next three years, is made possible through increased funding by the Government of Canada in 2021, in addition to in-kind and cash support from organizations valued at $22.4 million.

Read the full news release on the SCN website.

Many more Medicine by Design-funded investigators are collaborators or co-investigators on SCN’s funded projects. See full list of awards on the SCN website.

About Medicine by Design
Medicine by Design builds on decades of made-in-Canada excellence in regenerative medicine dating back to the discovery of stem cells in the early 1960s by Toronto researchers James Till and Dr. Ernest McCulloch. Medicine by Design is made possible thanks in part to a $114-million grant from the Canada First Research Excellence Fund