Reprogramming the brain to enable regeneration

Reprogramming the brain to enable regeneration 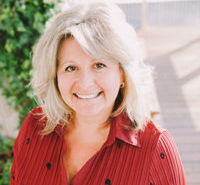 Cindi Morshead, professor and chair of the Division of Anatomy, Department of Surgery, University of Toronto, leads this project that aims to enhance neuroplasticity in the brain.

More than 50,000 Canadians have a stroke each year. Around 15 percent of those will die, making it the third leading cause of death in Canada, and 75 percent will be left with mild to severe impairments that can include vision problems, memory issues, mobility challenges, paralysis and many more effects. Stroke is the leading cause of adult disability in Ontario.

But one Medicine by Design research team is looking to help stroke patients make a better recovery that leaves them with fewer disabilities, and investigators are already seeing positive results in the animal models they are testing.

“If you have a stroke, usually there’s some spontaneous recovery, but then you plateau. You go home and there’s not much else for you. So this is an area with huge therapeutic potential,” says Cindi Morshead, a professor and chair of the Division of Anatomy in the Department of Surgery at the University of Toronto (U of T), who’s leading the team. “What’s exciting is that we’re seeing improved functional outcomes in animals. They do better at motor tasks.”

The multi-disciplinary team is one of 11 sharing nearly $21 million in funding from Medicine by Design over three years. Funded by a $114-million grant from the Canada First Research Excellence Fund, Medicine by Design is a strategic research initiative that is working at the convergence of engineering, medicine and science to catalyze transformative discoveries in regenerative medicine and accelerate them toward clinical impact.

In a stroke, brain cells are damaged because blood has stopped flowing to a particular part of the brain. The team — also consisting of Isabelle Aubert and Carol Schuurmans, senior scientists at Sunnybrook Research Institute, Maryam Faiz, an assistant professor in the Department of Surgery, and Melanie Woodin, a professor in the Department of Cell & Systems Biology, U of T — is advancing two approaches to enhancing neuroplasticity in the brain, regenerating cells that are lost or damaged by the stroke. Neuroplasticity is the ability of networks in the brain to change and form new connections.

The first approach is to replace the lost neurons, which are the fundamental communicating cells of the brain. In injury and disease, specialized cells of the central nervous system, astrocytes, can become activated and become toxic and kill neurons, leading to physical impairments. The team’s goal is to take those activated astrocytes and turn them into healthy neurons by genetically modifying the astrocyte.

Morshead says now that the team knows this strategy can be effective in animals, they can focus on optimizing the gene therapy they use for reprogramming the astrocytes. Through novel gene delivery to astrocytes, the team aims to enhance the formation of new neurons. Once they have done that, she says, human testing would be the next step.

The second approach is to boost a process called inhibition. The human brain relies on a healthy inhibition/excitation balance in the brain to keep the nervous system working smoothly, similar to the accelerator and brake on a car. Co-Investigator Woodin, who is also the dean of the Faculty of Arts & Science, says it’s clear in many neurodegenerative diseases that there is a loss of synaptic inhibition, which throws the balance off and leads to degeneration. 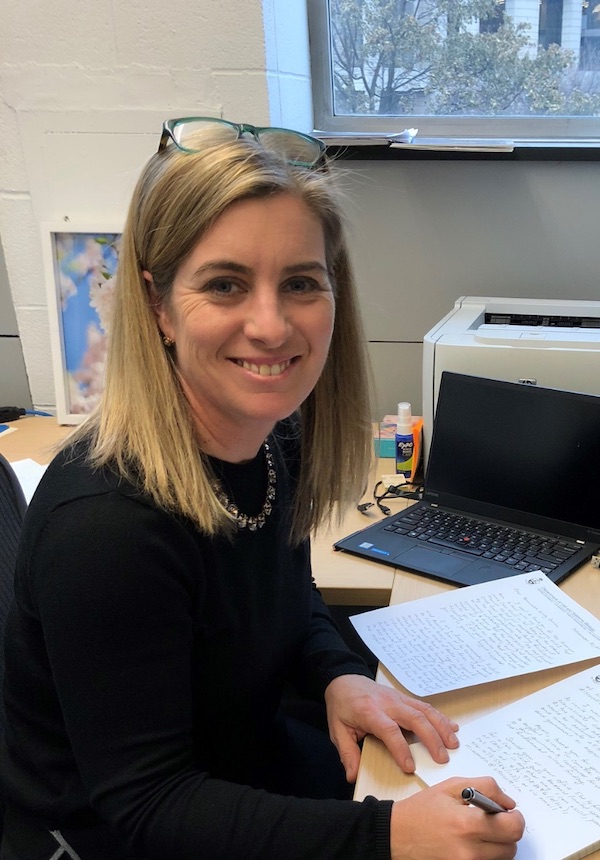 Melanie Woodin, professor in the Department of Cell & Systems Biology and dean of the Faculty of Arts & Science, is a co-investigator on the project.

“My lab’s question,” says Woodin, “is what if we boosted that inhibition really early on, at the earliest signs of its decline and we can functionally regenerate the neuron? This is what we’ve really been focused on, and we have already shown some functional regeneration in animal models with amyotrophic lateral sclerosis, or ALS. Now, we’re applying the same techniques for stroke.”

Functional regeneration is the team’s aim. Woodin says they’re not focused on how the neuron looks, or how much it mimics a natural neuron. Rather, they are looking at results. “What we’re after is functional improvements. Can the neuron now regain the ability to do its job? Can it connect and regain synaptic communication?”

Morshead agrees, saying, “Any clinical outcome without a functional improvement really isn’t valuable for improving the health of Canadians. So while you find out interesting things when you’re studying what’s happening at the cellular level, and our team is doing that, the preclinical models and looking at functional recovery are what we’re focused on as the key to our success.”

Both the neuron replacement and inhibition-boosting strategies are being implemented by a technology called MRI-guided focused ultrasound (FUS). This allows engineered proteins to be delivered into the brain in a non-invasive way, no surgery needed, by being packaged in a virus. The virus carries the engineered proteins into the body and injects them into the appropriate cell.

Morshead says every team member has the same motivation — to repair the injured brain — but brings their own experience into the mix.

“Medicine by Design has allowed us to bring teams of people together with different approaches to the same question. It’s such a broad spectrum,” Morshead says. “Even outside of our immediate teams, Medicine by Design gives researchers working in regenerative medicine the chance to learn about ideas and tools that may be useful for our own projects.”

Morshead adds that one of the most exciting aspects of the research her team is doing is that it has potential to be applicable to many areas, “What stroke and neurodegenerative diseases have in common is that brain cells are lost. Our project aims to replace lost cells, either by making cells that are present in the brain work better or by making new cells. I could see this work being applicable to all kinds of neurodegenerative disease and brain injuries.”