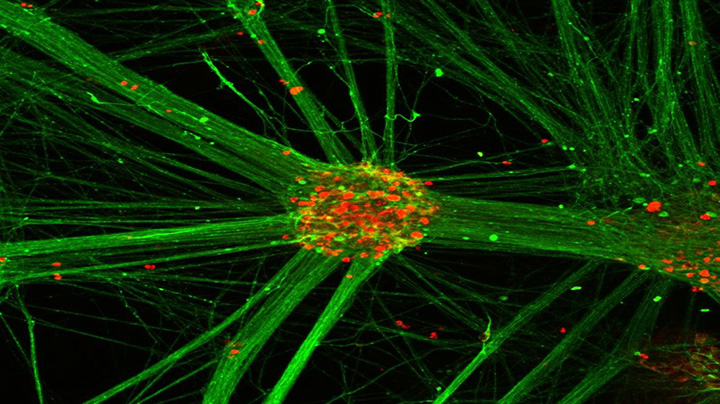 Gilbert, an assistant professor at the University of Toronto’s Institute of Biomaterials & Biomedical Engineering, has engineered a three-dimensional tissue culture platform that can grow innervated human muscle in the lab more quickly and efficiently than previous methods. Thanks to a New Ideas Grant, she will use this novel technology to gain new insights into Duchenne muscular dystrophy, a devastating neuromuscular disease that affects primarily boys, and test whether drugs that are already used to treat other conditions could slow its progression.

“It’s a really nice merger between engineers and biologists to be able to start thinking about the open biological questions we couldn’t answer before but because of new technical breakthroughs, now we can,” says Gilbert.

Duchenne muscular dystrophy is caused by a mutation in the gene that makes dystrophin, a protein that is responsible for keeping muscles strong. The disease leads to progressive muscle weakness that eventually affects the heart and lungs, with patients usually living only until young adulthood. But some of the mechanisms behind the disease are still only partly understood. 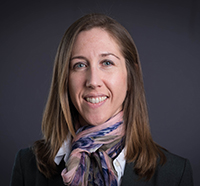 Gilbert hopes her new 3D silicone platform, which puts together muscle fibre and stem cell-derived motor neurons to produce muscle that contracts and generates force, will change that. Other methods of growing innervated muscle in the lab have been hampered by the small number of connections they produce between muscle fibres and nerve cells and the length of time they take to do it. What’s different about Gilbert’s platform is the speed and efficiency with which the two types of cells start communicating — often within 10 days.

This more robust way of growing functional muscle tissue increases opportunities to study the neuromuscular junction. Gilbert plans to test different combinations of healthy and diseased muscle fibres and motor neurons to better understand how they interact, how communication between the two influences how each matures and, crucially, whether that communication is compromised in people with Duchenne muscular dystrophy.

“If that’s the case, there are actually drugs that already exist to be able to push the neuromuscular junction to talk a little bit more when it doesn’t want to,” says Gilbert.

The New Ideas Grant provides a crucial opportunity for Gilbert to demonstrate the applicability of her new platform to outstanding biological questions. “It’s one thing to make a new disease model, but to make a mark on the field and encourage researchers to adopt it you have to persuade them that there is biology you can do that could not be in previous models,” she says.

“That’s where Toronto has a really big strength. We have a lot of really beautiful models and we’re coming together with our models and seeing how we can integrate them and apply them to biological questions. We are really putting ourselves collectively on the map as an epicentre for this type of work.”

The New Ideas Grant will also fund two engineering master’s students and one undergraduate student to work on the project, providing invaluable training opportunities for the next generation of researchers.

The 2017 New Ideas Grants program, funded jointly by Medicine by Design and the Ontario Institute for Regenerative Medicine, supports projects at the discovery level in the area of stem cell and regenerative medicine research with a goal to foster cutting-edge research in stem cell biology or technology.