Meet the world-class researchers who are building the future of regenerative medicine. These are the people of Medicine by Design.

“I was interested in a career in ecology and evolutionary biology when I was in high school. I didn’t even know that research was done in labs. Spending time in Northern Ontario, on Georgian Bay and various lakes, the only scientists I knew were the field scientists I encountered studying flora and fauna. I thought that’s what you did if you were a scientist, and I set myself on that career path.

When I came to U of T to study, I realized you could be a lab-based scientist too, and that there were also incredibly fascinating questions in the biomedical sciences. I had the opportunity as an undergraduate in the zoology department to study in a respiratory neurophysiology lab, and since then I’ve spent all of my research career focused on fundamental questions regarding brain function. 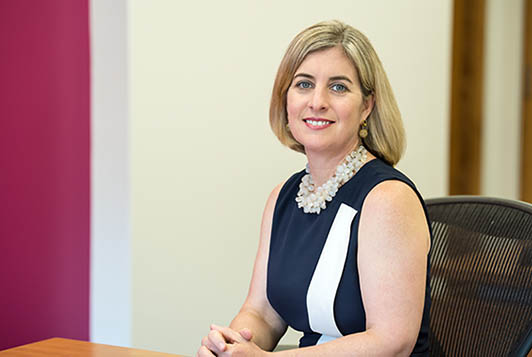 I’m proud of making discoveries. I’m certainly proud of our recent discovery, where we showed that we can delay the onset of a neurodegenerative disease, in this case amyotrophic lateral sclerosis (ALS), in mice by regulating neuronal activity to prevent the onset of the disease and increase survival. We want to apply this to humans, of course, and we’ve got a clear path for doing that.

But my proudest accomplishment is training the future generation of scientists. I see, in former graduate students and post-docs starting their own labs, how creative they are and how much they’ve bridged the gap between different disciplines. To me, this seems different from when I was a graduate student, when we trained as a neuroscientist or a chemist and we stayed more tightly in our swim lanes.

I think it started with an awareness in my generation that we could make, adopt and expand techniques and concepts from other fields. Just look at the big advances that came from the Human Genome Project — a once-in-a-century scientific discovery. The significance of the Human Genome Project is bigger than mapping all of the genes; it’s all the technique, technology and software development that went in to laying the groundwork to make that happen, and people can now use the tools for their own work in a multitude of scientific fields. It’s all the spin-off discoveries of what people knew once the genome was there. Those types of things opened our eyes to how much more you can discover if you go outside your discipline.

Students now are so incredibly knowledgeable in a range of fields and they’re bridging the knowledge from those fields. I’m so proud of them for doing that. I can’t wait to see what they discover.”