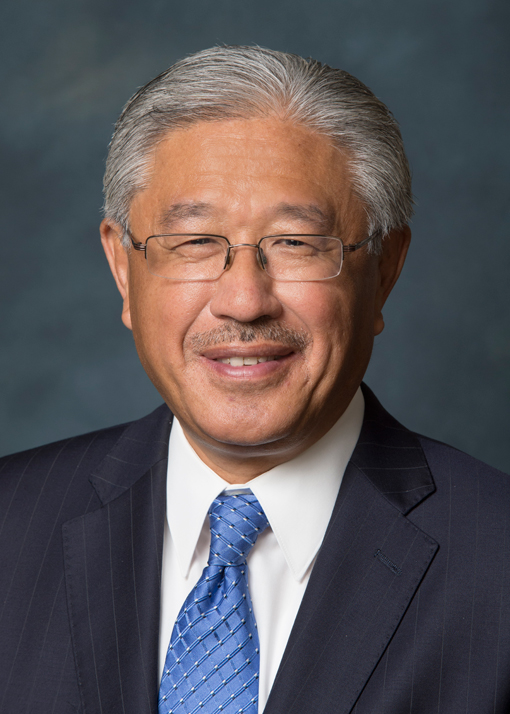 Dr. Victor Dzau, President of the U.S. National Academy of Medicine (NAM), spoke about NAM’s Health Longevity Global Challenge at the Medicine by Design symposium, which was held on Dec. 7 and 8.

Researchers are poised to make unprecedented breakthroughs in human health thanks to the convergence of more than half a century of advances in biomedical and computational sciences that have driven critical tools and technologies such as genetic engineering, synthetic biology, and artificial intelligence.

That’s the message Dr. Victor Dzau, president of the U.S. National Academy of Medicine  delivered to Medicine by Design’s 5th Annual Symposium on Dec. 7 and 8. The virtual event, which attracted more than 500 registrants from across North America, focused on the theme of better science through convergence – the integration of approaches from engineering, science, medicine and other fields to expand knowledge and spark innovation.

“If you look at half a century of these scientific revolutions, what we are seeing is a convergence of both biomedical science and digital sciences,” Dzau said. “I think for younger people, there is really not a more exciting time, in my opinion, to do research than now, because we can really see that some of the initial concepts that people have about health and medicine can be realized and truly transform the way we do health and medicine.“

In his talk, Dzau focused on the National Academy of Medicine’s Healthy Longevity Global Challenge, an international competition that aims to catalyze transformative ideas and breakthroughs that will extend human health and lifespan. That program is one of the inspirations for Medicine by Design’s Grand Questions Program, which seeks to fund bold research that promises dramatically better health outcomes by changing the future of regenerative medicine.

“Through our Grand Questions Program, we are thinking about what comes next and how to overcome fundamental problems in regenerative medicine,” said Michael Sefton, executive director of Medicine by Design and University Professor in the Department of Chemical Engineering & Applied Chemistry and the Institute of Biomedical Engineering at the University of Toronto (U of T). “We have a broad definition of regenerative medicine, and preventing degeneration can be as important as the next cell therapy. Our symposium theme of better science through convergence focuses on a key aspect of Medicine by Design – that we combine campus and hospital investigators, transformative science and translational elements, junior and senior investigators, and local and international collaborators, to address fundamental problems in regenerative medicine.”

The symposium also featured a talk by Robert Langer, David H. Koch Institute Professor in the Department of Chemical Engineering at the Massachusetts Institute of Technology (MIT), and the most highly cited engineer in history. He spoke about lessons he has learned from his scientific and business successes. Langer, whose talk focused on his biotechnology endeavours in diverse areas ranging from cancer drug delivery to tissue engineering to commercial hair products, has 1,350 issued and pending patents worldwide, and his lab’s patents have licensed or sublicensed to more than 400 companies. Early in his career, Langer said, he faced criticism and rejection over his novel ideas, so he learned to be his own champion. 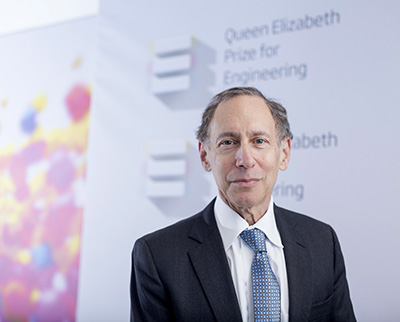 Robert Langer, David H. Koch Institute Professor in the Department of Chemical Engineering at the Massachusetts Institute of Technology and serial entrepreneur, gave a talk about the lessons he has learned in translation at the Medicine by Design symposium. (Photo credit: Jason Alden).

“If you try to do things — whether its convergence, or things that a lot of people disagree with — you have to hang in there. Having good intellectual property has been key to raising the funds to do these things, and medicine is an incredibly expensive thing,” Dr. Langer said. “And finally, you really need teams that are super driven, and I think these start-up companies have been a wonderful way to do this.”

Ted Sargent, vice-president of research and innovation, and strategic initiatives, and a University Professor in the Edward S. Rogers Sr. Department of Electrical and Computer Engineering at U of T, opened the symposium by congratulating Medicine by Design on its successful mid-term review, which was conducted in early 2020 by a panel of international experts and the Canada First Research Excellence Fund (CFREF), which funds Medicine by Design.

“Medicine by Design has amplified existing areas of excellence at U of T and our partner hospitals (Toronto Academic Health Sciences Network), and pushed the boundaries of regenerative medicine to tackle cell-based therapies, strategies for endogenous repair and the use of a stem cell lens to target the triggers of disease,” Sargent said. “In fact, Medicine by Design is such a compelling collaborative, cross-disciplinary initiative that it is a template for a new class of initiatives at the University of Toronto – the Institutional Strategic Initiatives portfolio – whose purpose is to mobilize ambitious, groundbreaking, collaborative, multi-institutional research networks that tackle important research problems, build major external partnerships both with industry and emerging companies as well as with global academic peers; and foster societal impact. They support the pursuit of grand challenges and bold ideas across disciplinary boundaries, further elevate U of T’s profile in high priority research areas of strategic importance, and enable us to realize transformational impacts on issue of major societal import.”

Yasaman Aghazadeh , a post-doctoral fellow in the labs of Cristina Nostro (McEwen Stem Cell Institute, UHN) and Sara Nunes Vasconcelos (Toronto General Hospital Research Institute, UHN), won the CCRM Translation Award for the poster with the greatest translational potential. And Ai Tian, a post-doctoral fellow from Julien Muffat’s lab (The Hospital for Sick Children), won the People’s Choice Award, a new award this year that was determined by voting by symposium attendees and sponsored by BlueRock Therapeutics.

Funded by a $114-million grant from CFREF, Medicine by Design brings together more than 145 principal investigators at the University of Toronto and its affiliated hospitals to work at the convergence of engineering, medicine and science. It builds on decades of made-in-Canada excellence in regenerative medicine dating back to the discovery of stem cells in the early 1960s by Toronto researchers James Till and Dr. Ernest McCulloch.