Medicine by Design was highlighted throughout a large health conference that took place in Toronto last week.

MaRS Impact Health, which ran from May 25 to 27, brought together entrepreneurs, academics, investors and policymakers to discuss challenges and opportunities in healthcare in Canada.

In the sessions, leaders in the health innovation ecosystem, both in Canada and globally, spoke about improving healthcare from many angles, from policy making to health communication to showcasing innovative products and ventures that are seeking investment.

MaRS showcases Medicine by Design in video: The Power of Convergence

The special relationship between Medicine by Design and the Ajmera Transplant Centre at University Health Network (UHN) was the focus of a video that debuted on the first day of Impact Health.

The Ajmera Transplant Centre, the home institution of many Medicine by Design-funded clinicians and researchers, and Medicine by Design have a partnership that includes RegenMed in the Clinic, a seminar series focused on facilitating collaborations between clinicians, basic science researchers and engineers.

This convergence of disciplines is the hallmark of regenerative medicine and Medicine by Design, says Michael Sefton, who is the executive director of Medicine by Design and a University Professor at the Institute of Biomedical Engineering and the Department of Chemical Engineering & Applied Chemistry, University of Toronto (U of T), and the Ajmera Transplant Centre partnership helps to foster these connections.

Dr. Atul Humar, director of the Ajmera Transplant Centre, comments on the synergies between Medicine by Design’s and Ajmera Transplant Centre’s research programs “We’re a very large organ transplant program. One of the key strategic directions in our program is research, specifically research into how we can better improve organ function and repair and regenerate organs – and this is exactly what Medicine by Design is working on.”

Medicine by Design researchers bring their perspectives to event sessions 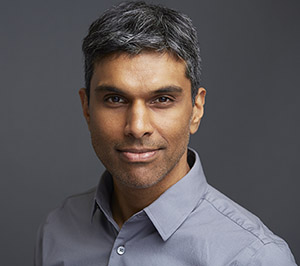 In a panel exploring Canada’s opportunity in the cell and gene therapy realm, Medicine by Design investigator Omar F. Khan shared his perspectives as an academic who worked in industry in the U.S. before joining U of T in 2020, supported by Medicine by Design’s New Investigator program.

The session was called “Out of the lab, into the patient: Canada’s commercial opportunity in cell and gene therapy manufacturing.” It looked at the current inflection point Canada is at, with companies transitioning from drug discovery into producing therapies for clinical trials, and how Canada is growing its full-scale commercial manufacturing sector in this area.

Khan, who is an assistant professor at the Institute of Biomedical Engineering and the Department of Immunology, touched on themes including the importance of investment in high-risk research and building a resilient and robust ecosystem, as well as the role of the academic institution in helping to build the ecosystem by encouraging a range of experiences.

“The job of the institution is to show multiple paths,” Khan said, pointing to his own journey that took him out of academia and into industry, and then back into academia. “Paths aren’t linear…and you have the ability to create your own opportunities.” 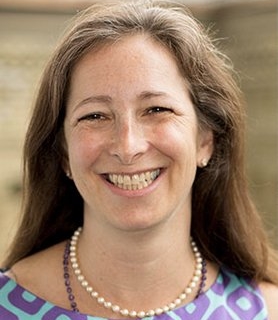 Shoichet, who is a University Professor in the Department of Chemical Engineering & Applied Chemistry and the Institute of Biomedical Engineering and an investigator at the Donnelly Centre for Cellular and Biomolecular Research, U of T, steered a discussion about gender equity in the biotech and life science industry, as well as the importance of prioritizing inclusive innovation in order to boost the commercialization of breakthrough science in Canada and tackle ongoing gaps in women’s healthcare.