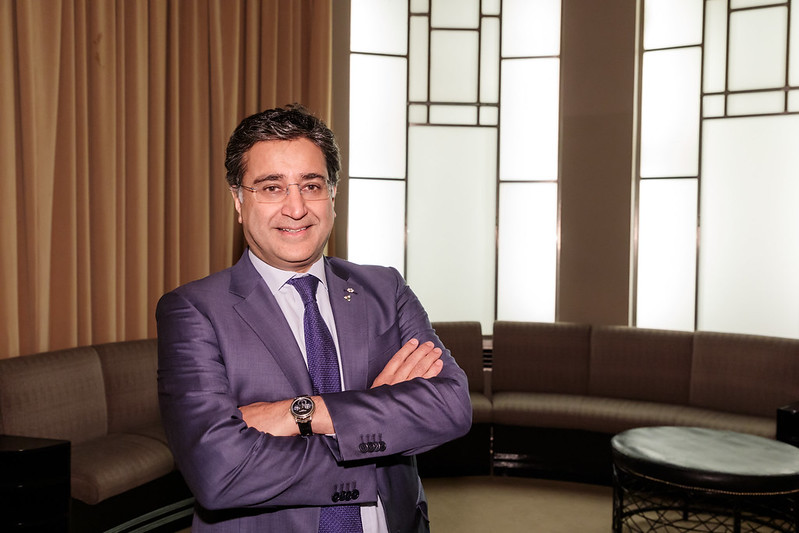 Dr. Shaf Keshavjee’s Lungs by Design is one of four newly-announced Cycle 2 team projects. Dr. Keshavjee is Surgeon-in-Chief at University Health Network in Toronto Ontario, the Director of the Toronto Lung Transplant Program, as well as a clinical scientist and professor with the University of Toronto. Photo by U of T Medicine.

Medicine by Design is expanding its regenerative medicine research portfolio with the addition of four multi-disciplinary, multi-institution projects that will lead to advances in the understanding and treatment of cardiovascular and lung diseases, diabetes and neurological disorders.

The projects are part of Medicine by Design’s nearly $21-million investment over three years in a new round of team projects, the first phase of which was announced last fall.

“These team projects build on Medicine by Design’s successes over its first three years and will strengthen the University of Toronto and its affiliated hospitals as a global centre for regenerative medicine,” said Michael Sefton, executive director of Medicine by Design, and University Professor at U of T’s Institute of Biomaterials & Biomedical Engineering and the Michael E. Charles Professor at the Department of Chemical Engineering & Applied Chemistry. “They have the potential to catalyze transformative discoveries and advance them toward tangible health and economic impacts, positioning us to lead the field for decades to come.”

Medicine by Design is supporting a total of 11 projects in this round, with the addition of the four new projects.

Funded by a $114-million grant from the Canada First Research Excellence Fund, Medicine by Design brings together more than 130 principal investigators at the University of Toronto and its affiliated hospitals to work at the convergence of engineering, medicine and science. It builds on decades of made-in-Canada excellence in regenerative medicine dating back to the discovery of stem cells in the early 1960s by Toronto researchers Drs. James Till and Ernest McCulloch.